Home>Browse>Books>Fiction>Half the World in Winter

Half the World in Winter 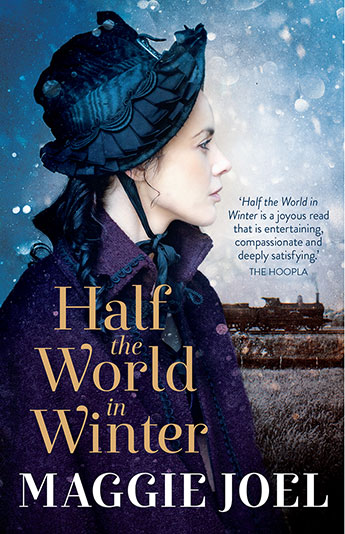 In 1881 in London, everything changes for the wealthy Jarmyn family. The misfortunes on the railway the family had built echoes the shocking death of nine-year-old Sofia Jarmyn. And at the heart of this family, a terrible secret is tearing their lives apart.

A captivating drama of family secrets and tragedies.

It is London, 1880, and Lucas Jarmyn struggles to make sense of the death of his beloved youngest daughter; his wife, Aurora, seeks solace in rigid social routines; and eighteen-year-old Dinah looks for fulfilment in unusual places. Only the housekeeper, the estimable Mrs Logan, seems able to carry on.

A train accident in a provincial town on the railway Lucas owns claims the life of nine-year-old Alice Brinklow and, amid the public outcry, Alice's father, Thomas, journeys to London demanding justice. As he arrives in the Capital on a frozen January morning his fate, and that of the entire Jarmyn family, will hinge on such strange things as an ill-fated visit to a spiritualist, an errant chicken bone and a single vote cast at a board room meeting.

Written with charm, humour and rich period detail, Maggie Joel has created an intriguing novel of a Victorian family adrift in their rapidly changing world.

Maggie Joel has been writing fiction since the mid-1990s and her short stories have been widely published in Southerly, Westerly, Island, Overland and Canberra Arts Review, and broadcast on ABC radio.

Maggie Joel - Half the World in Winter (Extract) by Allen & Unwin