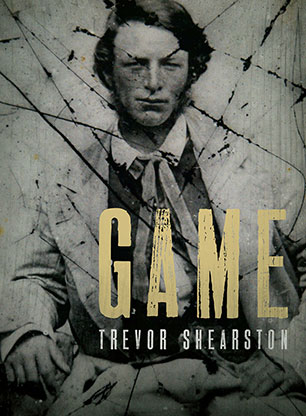 A moving and brilliant literary novel about the last days of legendary bushranger Ben Hall.

The thought was coming more often. That wherever he was, he was at the centre of a cage. He couldn't have said when the notion first entered his head. Some time in the last months. It was more now than a notion, he could see the damn bars. They were grey steel, the height of a man on horseback. In a dream he'd ridden out of a clump of boulders and caught them just before they retreated, how he knew what they looked like.

It is 1865. For three years Ben Hall and the men riding with him have been lords of every road in mid-western New South Wales from Bathurst to Goulburn, Lambing Flat to Forbes. But with the Harbourers' Act made law, coach escorts armed now with the new Colt revolving rifle, and mailbags more often containing cheques than banknotes, being game is no longer enough. The road of negotiated surrender is closed. Jack Gilbert has shot dead a police sergeant at Jugiong. Constable Nelson, father of eight, lies buried at Collector, killed by John Dunn. Neither time did Ben pull the fatal trigger, but he too will hang if ever the three are taken. Harry Hall is seven. Ben has not seen the boy since his wife Biddy left to live with another man, taking Harry with her. The need to see his son, to be in some way a father again, has grown urgent. But how much time is left before the need to give the game away and disappear becomes the greater urgency?

A spare, epic work of haunting beauty that breathes life back into legend and confirms Shearston as one of Australia's finest writers.
More books by this author

The Newtown Review of Books says 'Trevor Shearston presents a fresh view of bushranger Ben Hall in this spare and beautifully written novel... Game is the story of a man who seeks to understand his own life and choices, find his place in the world and foil his destiny; it can speak to us all.'

The Sydney Morning Herald (17 August 2013) says 'Shearston's version of the last weeks of Hall's life is a detailed, complex portrait that reflects and elicits fellow feeling without shrinking from the less-savoury aspects of his life and character.'