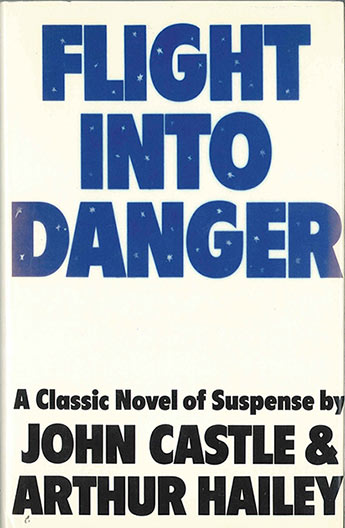 The classic novel of suspense that inspired a major television drama and the movie Airplane!

When George Spencer, a salesman trouble-shooter, managed late one night to catch the last seat on a charter plane at Winnipeg, there was nothing to distinguish the flight from hundreds of others which take place all over the world every day. The fifty-odd passengers were ordinary, intelligent people out to enjoy themselves at an important ball game. The crew were well-trained and efficient. The aircraft was a four-engined luxury plane of the type you would see at any large airport.

True, they were late arriving at Winnipeg from Toronto due to local ground fog, but there was nothing alarming in that. It was soon after they had begun the last leg of their journey, across 1,500 miles of rugged mountainous country to Vancouver, that things started to happen - things that could happen anywhere.

The reader shares the nerve-wracking tension of an appalling emergency nearly four miles above the earth, learns something of what it means to attempt to control a modern airliner, and follows step by step the urgent developments on the ground.

Flight into Danger is a unique collaboration between John Castle and Arthur Hailey, two writers who have each established for himself a considerable reputation for fully-documented, completely realistic suspense. It was originally published in the USA under the title Runway Zero-Eight.
More books by this author
Category: Fiction
ISBN: 9780285620773
Publisher: Profile Books
Imprint: Souvenir Press
Page Extent: 164
Format: Hard Cover
Subject: Fiction & related items