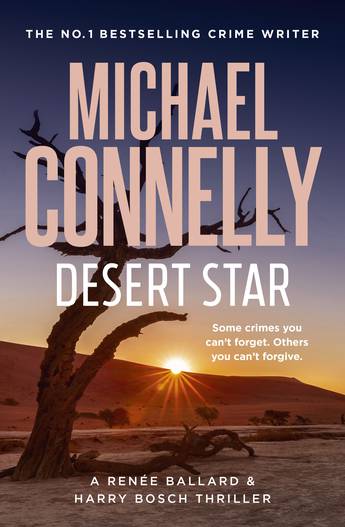 LAPD detective Renée Ballard and Harry Bosch work together to hunt the killer who is Bosch's 'white whale' - a man responsible for the murder of an entire family.

A year has passed since LAPD detective Renée Ballard quit the force in the face of misogyny, demoralisation and endless red tape. Yet after the chief of police himself tells her she can write her ticket within the department, Ballard takes back her badge, leaving 'the Late Show' to rebuild the cold case unit at the elite Robbery-Homicide Division.

For years, Harry Bosch has been working a case that haunts him but that he hasn't been able to crack - the murder of an entire family by a psychopath who still walks free. Ballard makes Bosch an offer: come work with her as a volunteer investigator in the new Open-Unsolved Unit, and he can pursue his 'white whale' with the resources of the LAPD behind him.

The two must put aside old resentments to work together again and close in on a dangerous killer. Propulsive and unstoppable, this new novel demonstrates once again why 'Connelly is the real deal' (Marilyn Stasio, New York Times Book Review).
More books by this author

Michael Connelly's books have sold more than 80 million copies worldwide. They have been translated into 40 languages and have won awards all over the world, including the Edgar and Anthony Awards. Michael Connelly has also been awarded the CWA Diamond Dagger, the highest honour in British crime writing.

Connelly is the executive producer of the successful TV series Bosch, starring Titus Welliver, and a new Lincoln Lawyer Netflix series has been announced. He is also the creator and host of the podcast Murder Book. He spends his time in California and Florida.