Death of a Whaler 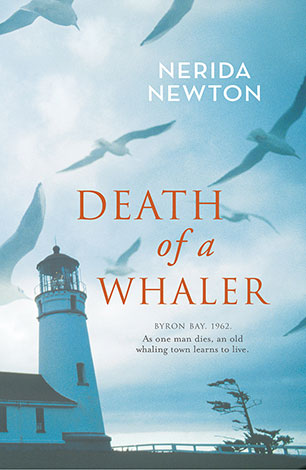 A simple, powerful story about death, grief, rebirth and reawakening - an Australian classic in the making from the award-wining author of The Lambing Flat.

Byron Bay, 1962. On the second last day before the whaling station is closed down for good, Flinch, the young spotter, is involved in a terrible accident.

Over a decade later, Flinch has become a recluse, unable to move on from that fatal moment. The Bay, too, seems stalled in its bloody past, the land and the ocean on which it was founded now barren and unyielding.

It is only after crossing paths with Karma, a girl living in one of the hinterland's first hippie communes, that Flinch gradually and reluctantly embarks upon a path towards healing, coming to terms with his past, present and future.

A very Australian tale of fate, forgiveness and redemption, Death of a Whaler is a big-hearted story about the unsteady progress we make towards healing and wholeness.
More books by this author

Nerida Newton was born in Brisbane, and has since lived in Malaysia, South Africa and the UK. Her first novel, The Lambing Flat, won the Queensland Premier's award for an emerging author, and was shortlisted for The Australian/Vogel award, the Commonwealth Writers' Prize for the Asia/Pacific region (first book) and One Book One Brisbane. In 2004, she was named by the Sydney Morning Herald as one of Australia's best young novelists. Nerida currently lives in Brisbane with her husband and son.