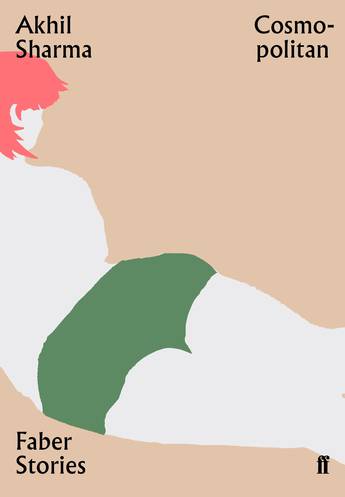 Armed with Cosmopolitan magazine as his bible, Gopal embarks on a quest for suburban romance.

As he stood up, he suddenly felt aroused by Mrs Shaw's large breasts, boy's haircut, and little-girl sneakers. Even her nostrils suggested a frank sexuality. Gopal wanted to put his hands on her waist and pull her toward him. And then he realized that he had.

Gopal Maurya's wife has left him, preferring to seek enlightenment in an ashram in India. But when his neighbour comes to borrow his lawnmower, Gopal thinks he might find something similar right here in New Jersey. Armed with Cosmopolitan magazine as his bible, he embarks on a quest for suburban romance.
More books by this author More books in this series

Akhil Sharma was born in Delhi in India and emigrated to the USA in 1979. His stories have been published in the New Yorker and Atlantic Monthly, and included in The Best American Short Stories and O. Henry Prize Collections. His first book, An Obedient Father, won the 2001 Hemingway Foundation/PEN Award. He was named one of Granta's 'Best of Young American Novelists' in 2007. His second novel, Family Life, won the 2015 Folio Prize and the International Dublin Literary Award 2016. Sharma is currently a Fellow at The New York Public Library's Dorothy and Lewis B. Cullman Center for Scholars and Writers.