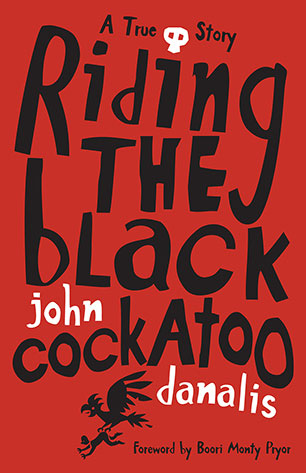 The inspiring true story of one man's reconciliation journey. All through his growing-up years, John Danalis's family had an Aboriginal skull on the mantelpiece; yet only as an adult did he ask where it came from and whether it should be restored to its rightful owners.

This is the compelling story of how the skull of an Aboriginal man, found on the banks of the Murray River over 40 years ago, came to be returned to his Wamba Wamba descendants. It is a story of awakening, atonement, forgiveness and friendship. 'It is as if a whole window into Indigenous culture has blown open, not just the window, but every door in the house,' says John Danalis. Part history, part detective story, part cultural discovery and emotional journey, this is a book for young and old, showing the transformative and healing power of true reconciliation.
More books by this author

John Danalis is a writer, illustrator and award-winning designer. He is the author and illustrator of three children's titles, Dog 37 being the most recent. Bath Monster and Uncle Lou's Tattoos are his earlier works. He has illustrated numerous other titles including Licking Lizards, Girl in the Cave and Loku and the Shark Attack. He has also illustrated textbooks.