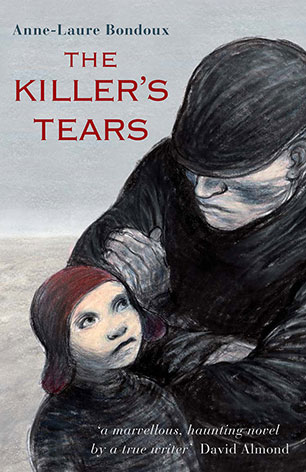 An international award-winner, this haunting novel set in Chile reaches into the souls of a murderer and an innocent young boy, turning readers' expectations of hero and villain on their heads. Deeply moving, outstanding writing.

At the furthermost edge of the world, bounded by desert and sea, was a farm. Few travellers reached that desolate place. The boy who lived there, Paolo, was like a seed planted in bedrock there, condemned never to bloom.

But then came Angel, a wanted man, a killer - and later, Luis, with his paper and pens. Both men brought suffering, but they also brought life. And Paolo would say that truly he was born the day Angel Allegria arrived.

Winner of France's Prix Sorcieres, The Killers Tears is a magnificent exploration of innocence, guilt, and the redemptive power of love.
More books by this author

Anne-Laure Bondoux was born near Paris in 1971, where she still lives today with her two children. She has written several novels for young people in varied genres and has received numerous literary prizes in her native France. The Killer's Tears was awarded France's prestigious Prix Sorcieres.

Anne-Laure Bondoux studied Modern Letters at the University of Paris X-Nanterre, and during her education, created writing workshops for disadvantaged children, for which she eventually received the Prix Fondation of France. After having done some theatre, Bondoux joined the editorial staff at Bayard Presse in 1996. There she worked on J'aime Lire, a literary, educational publication for children, and in 1998 participated in the launch of a new kids' magazine titled Maximum. She retired from journalism in 2000 in order to devote her time exclusively to writing, and is the author of several children's books, including The Destiny of Linus Hoppe, and The Secon