The Case of the Missing Marquess: Enola Holmes 1 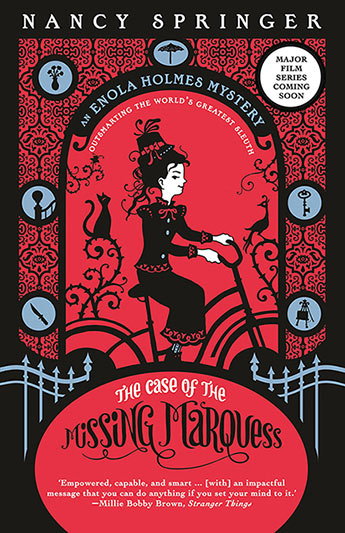 Now a Netflix film starring Millie Bobby Brown and Harry Cavill with a screenplay by Jack Thorne (Harry Potter and the Cursed Child). Upon the disappearance of their mother, Enola Holmes, the child sister of Sherlock and Mycroft Holmes runs away to become a fugitive private detective herself.

When Enola Holmes, sister to the detective Sherlock Holmes, discovers her mother has disappeared, she quickly embarks on a journey to London in search of her. But nothing can prepare her for what awaits. Because when she arrives, she finds herself involved in the kidnapping of a young marquess, fleeing murderous villains, and trying to elude her shrewd older brothers-all while attempting to piece together clues to her mother's strange disappearance. Amid all the mayhem, will Enola be able to decode the necessary clues and find her mother?
More books by this author More books in this series