The Case of the Left-Handed Lady: Enola Holmes 2 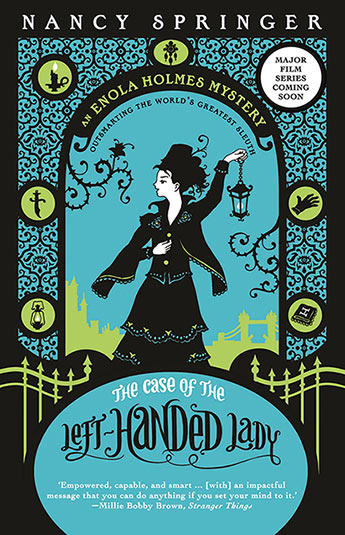 Enola Holmes might be the much younger sister of Sherlock Holmes, but she manages to outsmart him at every turn, solving thrilling mysteries in her very own way...

Sherlock Holmes's sister, Enola, is back on another case! Enola Holmes is being hunted by the world's most famous detective - her own brother, Sherlock Holmes. But while she is on the run in the world's biggest, darkest, dirtiest city, she discovers a hidden cache of charcoal drawings and feels as if she is a soul mate to the girl who drew them. But that girl, Lady Cecily, has disappeared without a trace. Braving the midnight streets, Enola must unravel the clues to find this left-handed lady, but in order to save her, Enola risks revealing more than she should. Will she be able to keep her identity a secret and find Lady Cecily, or will the one thing she is trying to save - her freedom - be lost forever?
More books by this author More books in this series