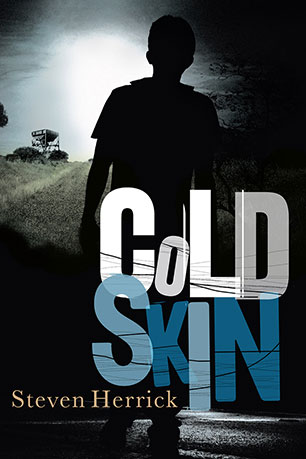 First love, sexual awakening, murder, cowardice, vengeance and forgiveness . . . these are the powerful ingredients for Steven Herrick's gutsiest book yet; a page-turning read for teenage boys and girls; a story about father-son relationships and the many ways of being a man.

Cowards don't always hide. Sometimes they're so gutless they need to stand out.'

Eddie doesn't want to be in school, he wants to work in the mine. But his dad won't go down the coal pits and he won't let his sons go either.

Nothing much happens in Burruga, except for fights at the pub. Then one Friday night a girl is found dead by the river, and every man in the town comes under suspicion. Eddie is drawn into secrets and a bitter struggle for revenge.

Steven Herrick deftly reveals a cast of vivid characters in this chilling story of malice, power, and the courage to forgive. A riveting new YA novel from the author of By the River and other popular, award-winning books.
More books by this author

Steven Herrick was born in Brisbane, the youngest of seven children. At school his favourite subject was soccer, and he dreamed of football glory while he worked at various jobs, including fruit picking. Now Steven writes for children and teenagers and visits many schools each year. He loves talking to the students and their teachers about poetry, and soccer.

Steven lives in the Blue Mountains with his wife and two sons.