Scarlett and the Scratchy Moon 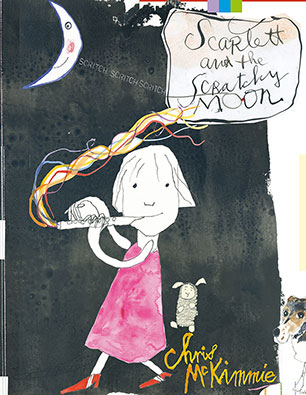 A unique and beautiful picture book about a child's love for her pet dogs from the one and only Chris McKimmie.

I can't sleep. The moon is moving again. It's so quiet outside ever since Holly and Sparky died.

Chris McKimmie's words and pictures gently and honestly evoke the experience of loss and new life.
More books by this author

Chris was for many years the convenor and originator of the illustration program at the Queensland College of Art, Griffith University. He wrote, illustrated and designed a series of eight children's books in the 70s, and has designed many covers for the University of Queensland Press. Represented in the Graphis Annual, he has worked as a graphic designer and publications designer for the ABC, the National Parks and Wildlife Services and the University of WA Press. He was production designer for the award-winning short film Stations and the feature-length film Australian Dream, and wrote the lyrics for the songs in both films. He regularly exhibits his paintings and drawings.