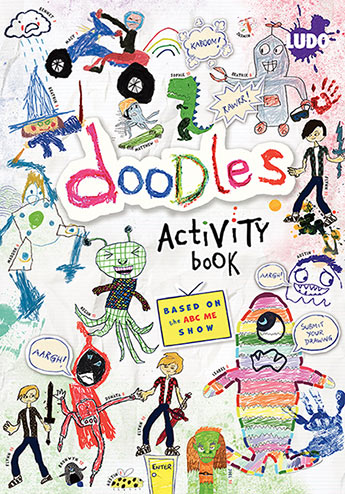 Take a monster selfie, untangle a robot's wiring or create your own UFO in this comic and appealing activity book with loads of child appeal. Full of hilarious drawing activities, funny dot-to-dots, zany find-a-words, wacky mazes and other mad-cap activities sure to spark a child's creativity, this book from the creators of the successful television show of the same name will be a winner for Christmas.

The interactive television show, Doodles, in which kids' drawings are turned into micro movies is now screening on ABC ME. Kids can submit their drawings to the television show by following the instructions in the activity book.
More books by this author

Francis Stanton is an illustrator and 2D animator who loves film, gaming and graphic novels. Francis lives in Brisbane.