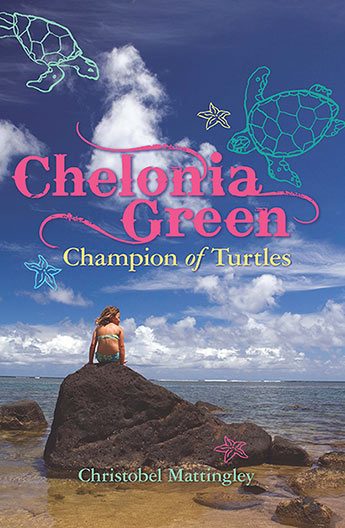 Chellie loves the beautiful green turtles on her tropical island home. So when they are threatened, she does everything she can to save them.

Chellie was very small when she first saw the beautiful green turtles with the scientific name so close to her own. Every year she would watch them swim in the sea and make their long journeys up the beach to lay their eggs. But one day, Chellie makes a grim and horrible discovery, a discovery that turns her life upside down and forces her to act.
More books by this author

Christobel Mattingley was honoured with the University of Tasmania Distinguished Alumni Award for 2014.