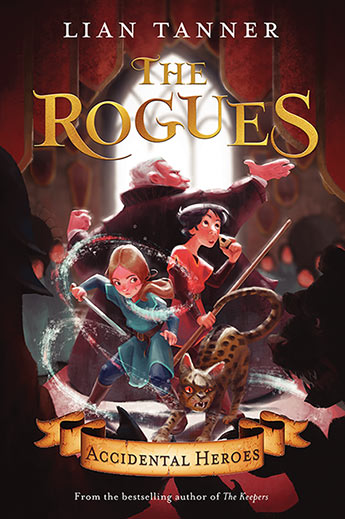 The Rogues is a vividly exciting new trilogy set in the same world as the best-selling Keepers, with all new characters. A brilliant fantasy-adventure for 9 to 13 year olds.

In the city of Berren, strange things happen. People disappear, trees sprout overnight. But no one believes in magic. No, to believe in magic would be disloyal…

The devious Lord Rump and his granddaughter, Duckling, need a disposable boy, and Pummel, a farm boy looking for work in the city, fits the bill perfectly. Duckling is happy to tangle him in her grandpa's web, as long as Grandpa keeps his promise - that this is his very last Scheme.

Lord Rump's machinations take both children into the Strong-hold of Berren - where time has stopped and no one can leave - and before long they are entwined in a plot to kill the heir to the Faithful Throne.

If they want to protect the Young Margrave, and save themselves from an awful death, Duckling and Pummel must learn to use the magic that no one else believes in.
More books by this author More books in this series