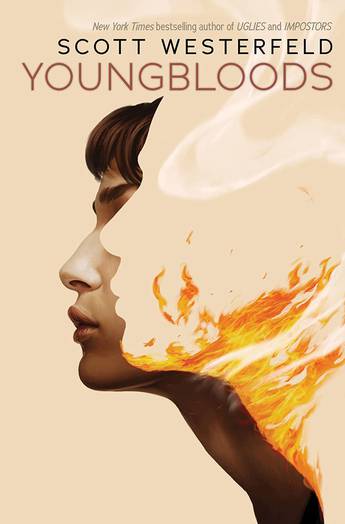 IT'S TIME TO COME OUT OF HIDING

Frey has spent her life in a family of deceivers, a stand-in for her sister, manipulated at her father's command. Free from them at last, she is finding her own voice - and using it to question everything her family stood for.

Tally Youngblood was once the most famous rebel in the world. But for over a decade, she's kept to the shadows, allowing her myth to grow. Now she sees that while the revolution she led destroyed the Pretty regime, it created dangerous new societies. Freedom, she observes, has a way of destroying things.

As the world is propelled further into conflict and conspiracy, Frey and Tally join forces - but how will they know who else to trust?

With Youngbloods, master storyteller Scott Westerfeld brings back his most iconic character and merges his Impostors and Uglies series into a breathtaking tale of rivalry, rebellion and repercussions.
More books by this author More books in this series

Scott Westerfeld is best known as the author of the Uglies series, a number-one New York Times bestseller, and the Leviathan and Zeroes trilogies, both New York Times bestsellers. His standalone novels include So Yesterday, and Afterworlds. His other works include the Midnighters trilogy, the Peeps and Risen Empire duologies, and the eponymous first book of the Horizon multiplatform series. His novels have won the Philip K Dick Special Citation, the Aurealis Award (twice), the Victorian Premier's Award, and have been named New York Times Notable Books and Best Books for Young Adults Top Ten Children's Books of the Year.

He lives in Sydney and New York.