Home>Browse>Books>Children's>When the Ground is Hard

When the Ground is Hard 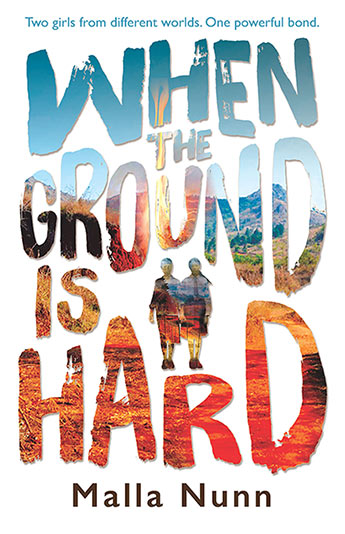 This CBCA Notable Book is a stunning and heartrending mystery set in a Swaziland boarding school about two girls of different castes who bond over a shared copy of Jane Eyre.

Adele loves being one of the popular girls at Keziah Christian Academy. She knows the upcoming semester at school will be great with her best friend Delia at her side. Then Delia dumps her for a new girl with more money, and Adele is forced to share a room with Lottie, the school pariah, who doesn't pray and defies teachers' orders.

As they share a copy of Jane Eyre, Lottie's gruff exterior and honesty grow on Adele, and together they take on bullies and protect each other from the vindictive and prejudiced teachers. When a boy goes missing on campus, Adele and Lottie must work together to solve the mystery, in the process learning the true meaning of friendship.

Born and raised in Swaziland on the far edges of the British Empire, Malla Nunn attended a boarding school specially set up for 'mixed race' children. The students at the school spent their time learning the Bible, breaking the rules, and then lying about it. In common with most colonial institutions, stealing, fighting, and violence were common. It was in this charged atmosphere that Nunn developed a fascination with bad behaviour, risk and punishment.

After her family migrated to Australia to escape apartheid, Nunn graduated with a double degree in English and History and then earned a Master of Arts in Theater Studies from Villanova University. Faced with a life of chronic under-employment, she dabbled in acting and screenwriting. She wrote and directed three award-winning films, including Servant of the Ancestors, which won Best Documentary awards at film festivals in Chicago, Los Angeles, and Zanzibar, and was shown on national television in Australia. She married in a traditional Swazi ceremony. Her bride price was eighteen cows. She now lives and works in a weatherboard house with a tin roof and an olive tree in the garden in Sydney, Australia.

When the Ground is Hard by ... by on Scribd

Watch Malla Nunn discuss When the Ground is Hard