Home>Browse>Books>Children's>Unravel Me: Shatter Me series 2

Unravel Me: Shatter Me series 2 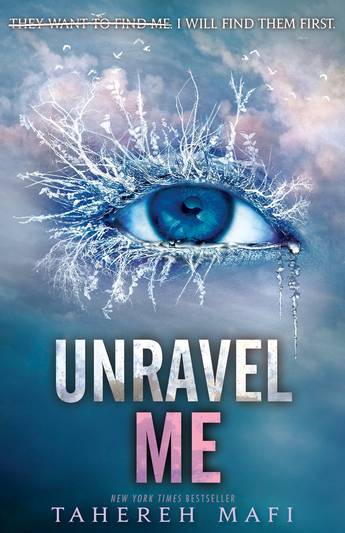 X-Men meets The Handmaid's Tale in this second instalment in an epic and romantic YA fantasy trilogy perfect for fans of Sarah J. Maas, Victoria Aveyard's The Red Queen, Netflix's Stranger Things and Leigh Bardugo's Six of Crows.

It should have taken Juliette a single touch to kill Warner. But his mysterious immunity to her deadly power has left her shaken, wondering why her ultimate defense mechanism failed against the person she most needs protection from.

She and Adam were able to escape Warner's clutches and join up with a group of rebels, many of whom have powers of their own. Juliette will finally be able to actively fight against The Reestablishment and try to fix her broken world. And perhaps these new allies can help her shed light on the secret behind Adam's - and Warner's - immunity to her killer skin.

Juliette's world is packed with high-stakes action and tantalising romance, perfect for fans of the Red Queen series by Victoria Aveyard and the Darkest Minds trilogy by Alexandra Bracken.

Ransom Riggs, #1 New York Times bestselling author of Miss Peregrine's Home for Peculiar Children, raved: "A thrilling, high-stakes saga of self-discovery and forbidden love, the Shatter Me series is a must-read for fans of dystopian young-adult literature-or any literature!"
More books by this author More books in this series

Tahereh Mafi is the New York Times bestselling author of the Shatter Me series which has been published in over 30 languages around the world. She was born in a small city somewhere in Connecticut and currently resides in Santa Monica, California, with her husband, Ransom Riggs, fellow bestselling author of Miss Peregrine's Home For Peculiar Children, and their young daughter. She can usually be found over-caffeinated and stuck in a book. Visit her online at www.taherehmafi.com or follow her on Instagram @tahereh