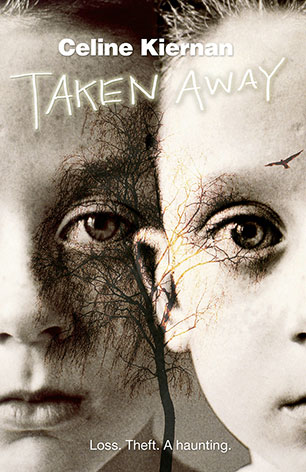 A pacy, chilling ghost story from the creator of the internationally acclaimed Moorehawke Trilogy.

I think the fire changed us - me and Dom. Though I didn't feel much different at first, I think something inside of us opened up, or woke up. I think, all at once, we began to understand how easily things are broken and taken and lost. It was like walking through a door: on one side was the warm, cosy sitting room of our childhood; on the other, a burnt-out shell of ash and char.

I think that's how the goblin boy was able to see us. Though he'd been there for every summer of our childhood - mine and Dom's - we'd only been stupid boys until then. Stupid, happy, ignorant boys. And what in hell would he have had in common with two stupid boys? But after the fire we were different. We were maybe a little bit like him. And so he saw us, at last, and he thought he'd found a home.

'A beautifully written and executed ghost story that speaks to the deep connections between people.With heart-wrenching moments and an incredibly satisfying ending, this is a highlight of my reading year.' The Book Smugglers

'Confident, pungent, and poetic.' The Horn Book
More books by this author

Her popular Moorehawke Trilogy has been internationally acclaimed. For more information about Celine, see her blog: celinekiernan.wordpress.com/.