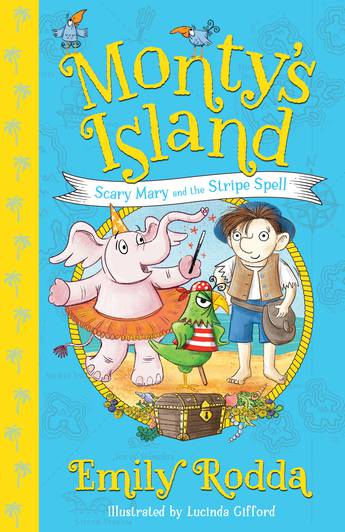 Monty, Tawny and friends receive some startling news: Scary Mary and her pirate crew are on their way, looking for a new island to call home.

What can they do? There's no way they can hide - especially when Bunchy accidentally turns the whole island stripy with her new magic wand.

It's going to take one of Monty's best ideas to save them!

An adventurous and delightful new series from beloved author Emily Rodda.
More books by this author More books in this series