Home>Browse>Books>Children's>In the Skin of a Monster

In the Skin of a Monster 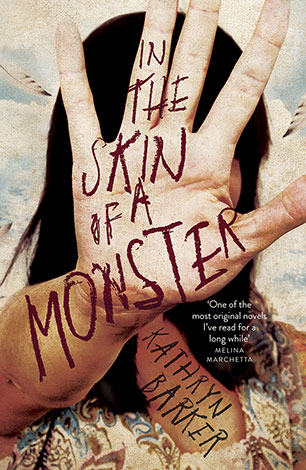 What if your identical twin sister was a murderer? Does that make you a monster too? A profound, intense, heartbreaking fantasy that tackles issues of fate versus free will, and whether you can ever truly know someone.

'One of the most original novels I've read for a long while. Great voices. Complex relationships. Just what I love to read.' - Melina Marchetta

Caught in a dreamscape, mistaken for a killer. Will Alice find a way home?

Three years ago, Alice's identical twin sister took a gun to school and killed seven innocent kids; now Alice wears the same face as a monster. She's struggling with her identity, and with life in the small Australian town where everyone was touched by the tragedy. Just as Alice thinks things can't get much worse, she encounters her sister on a deserted highway. But all is not what it seems, and Alice soon discovers that she has stepped into a different reality, a dream world, where she's trapped with the nightmares of everyone in the community. Here Alice is forced to confront the true impact of everything that happened the day her twin sister took a gun to school . and to reveal her own secret to the boy who hates her most.
More books by this author

Kathryn Barker was born in Canberra, but growing up there involved plenty of travel. She started primary school in Tokyo (the only kid with a sandwich in her lunchbox) and finished high school in the woods outside Olympia, Washington State (aka that rainy place where Twilight was set). In the years that followed she went to university, became a lawyer, changed her mind, re-trained as a film producer and worked in television. Kathryn currently lives in Sydney with her family, and In the Skin of a Monster is her first novel.