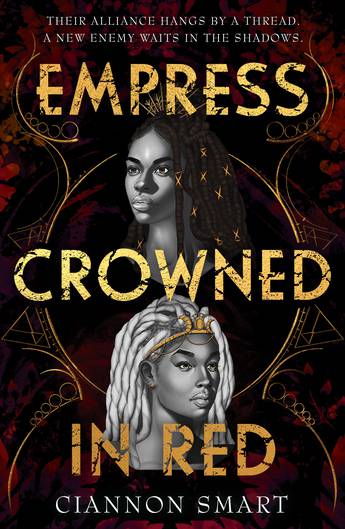 The hotly anticipated finale to the epic, fierce and magnetically addictive Caribbean-inspired Witches Steeped in Gold.

Enemy witches Iraya and Jazmyne have each achieved their darkest desires. For the former, the doyenne who killed her family is dead. For the latter, the crown has been won. For both, their treacherous alliance is over - until a hidden evil rises from their last adversary's ashes, forcing them to join forces once more to defend Aiyca and their respective orders.

Laying claim to the island of Iraya's birth right and the bloody crown Jazmyne wears, this mysterious assailant is rearing monsters in the name of war. A war neither Iraya or Jazmyne are prepared to fight. New alliances must be forged to protect Aiyca and once again the two witches must work together to defeat an enemy who threatens both their worlds. Who will be the one sitting on top of the throne in the end - Iraya, Jazmyne, or another?

Two witches. One motive. And everything to fight for.
More books by this author

Of Jamaican heritage, Ciannon Smart grew up in a small town in the south-east of England. As the only daughter in a house full of boisterous sons, she developed a voracious appetite for reading from an early age, preferring anarchy in stories rather than real life. In YA she loves her heroines exactly as she loves her villains: wilful, wily, and unpredictable. When not writing, Ciannon can be found reading, painting, or taking the long way home to listen to a good song more than once.