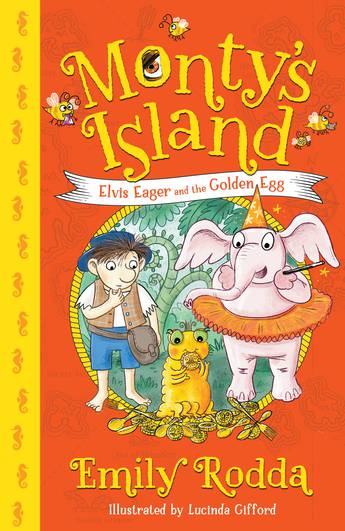 The most unexpected things wash up on Monty's Island. And a golden egg might be his most amazing find yet!

But when a pair of flying monsters and a mysterious explorer arrive, it seems the egg is about to hatch into a very big problem.

Can Monty find a way to solve it? Surely he can! All he needs is a little help from his friends. And the Hairy Horrible.

An adventurous and entertaining new series from beloved author Emily Rodda.
More books by this author More books in this series