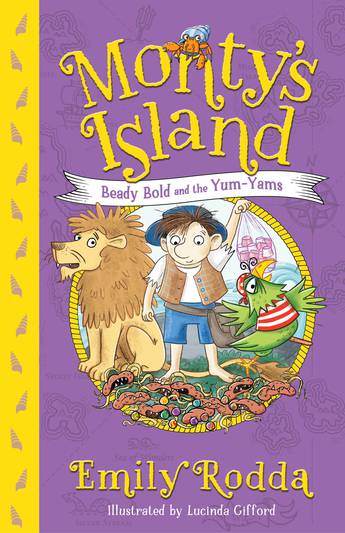 Everyone loves Bring-and-Buy Day, when Trader Jolly visits the Island with all the supplies Monty and his friends need.

But this Bring-and-Buy day is different. Instead of Trader Jolly, there's a sneaky new trader called Beady Bold. And he's arrived with a boatload of trouble. The yum-yams are yummy, but they're hiding a very scary secret.

All seems lost until Monty comes up with a daring plan.

A charming and exciting series from beloved author Emily Rodda.
More books by this author More books in this series

Download the Monty's Island Look though the Telescope Activity Sheet

Download the Monty's Island Who's in the Sea? Activity Sheet