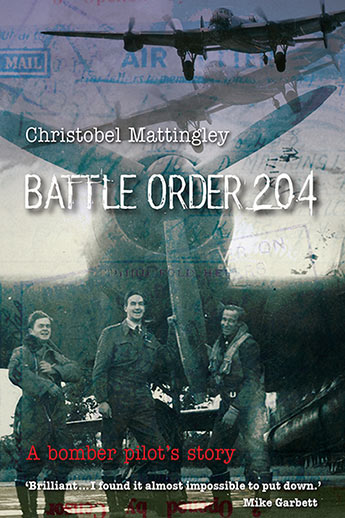 The riveting true story account of a young WW2 pilot's heroic journey, illustrated throughout with fascinating photographs, maps and excerpts from his log books.

It was the call that haunted airmen's dreams.

This is the story of an ordinary young Australian whose ambition to fly took him halfway round the globe during World War II - and the fateful mission when his plane was hit three times.

'Battle Order 204 is about the quality of courage.Christobel Mattingley has written this book with compassion and insight, its presentation is gripping and moving.' Max Fatchen AM

'Brilliant.At once uplifting yet thought-provoking; enlightening yet, of necessity, sad. There is a commendable balance of hard fact and human emotion elements, and I found it almost impossible to put down.' Mike Garbett, author of The Lancaster at War
More books by this author

Christobel Mattingley is one of Australia's most respected and admired writers. The award-winning author of more than thirty-five books for children, Christobel Mattingley's readership spans more than one generation. Awards include the 1982 CBCA Junior Book of the Year Award for Rummage. Other award-winning books include Windmill at Magpie Creek; The Miracle Tree; The Angel with a Mouth Organ; No Gun for Asmir; and The Race (an Honour Book in the 1996 CBCA Picture Book of the Year awards). The Magic Saddle is widely regarded as a children's classic.

In 1990 she received an Advance Australia medal for her contribution to literature in Australia, and in 1996 she was made a Member of the Order of Australia for service to literature, particularly children's literature, and for community service through her commitment to social and cultural issues. In 1999 she was the winner of the Pheme Tanner Award.

In 2014, Christobel Mattingley was honoured with the University of Tasmania Distinguished Alumni Award.