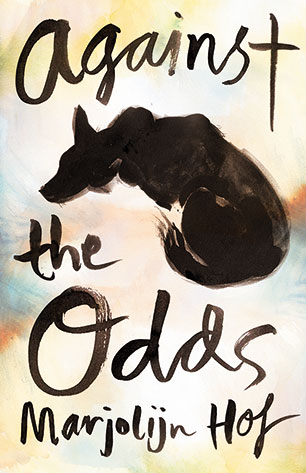 An extraordinary novel about a young girl's response to her aid-worker father's disappearance in a war zone.

'Can you make the odds of something smaller?' I asked. 'Or bigger?' 'Yes,' my mother said. 'Sometimes.'

Kiki's father, a doctor, is always putting himself in danger by travelling to faraway war zones. No matter how much she tries, Kiki can't convince him not to go. When her father actually does go missing, and as her mother gets more and more worried, Kiki decides she has to try and improve the odds of her father coming home, the only way she can.

A powerful, sad, yet funny book about what to do when something you've always feared becomes all too real.

Marjolijn Hof, formerly a children's librarian, always dreamed of being a writer. When Against the Odds (Een kleine kans), her first novel, was published, it was met with high critical acclaim, winning three major Dutch and Flemish children's book prizes - the Golden Owl Juvenile Literature Prize, the Golden Owl Young Readers' Prize and the Golden Slate Pencil - and it has been translated into at least nine languages. Marjolijn Hof has been praised for her ability to evoke emotions in very few words.