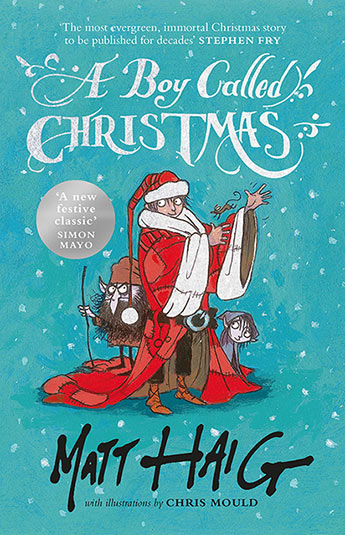 The fantastical story of the boy who saved Christmas.

You are about to read the true story of Father Christmas.

It is a story that proves that nothing is impossible.

If you are one of those people who believe that some things are impossible, you should put this book down right away. It is most certainly not for you. Because this book is FULL of impossible things. Are you still reading? Good. Then let us begin . . .

A tale of adventure, snow, kidnapping, elves, more snow, and an eleven-year-old boy called Nikolas, who isn't afraid to believe in magic.
More books by this author

As well as being a number one bestselling writer for adults, Matt Haig has won the Blue Peter Book Award, the Smarties Book Prize and been shortlisted three times for the Carnegie Medal for his stories for children and young adults. The idea for the A Boy Called Christmas series came when his son asked what Father Christmas was like as a boy.
Chris Mould went to art school at the age of sixteen. He has won the Nottingham Children's Book Award and been commended by the Sheffield Children's Book Award. He loves his work and likes to write and draw the kind of books that he would have liked to have had on his shelf as a boy. He is married with two children and lives in Yorkshire.