A Beginner's Guide to Ruling the Galaxy

It's hard to crush your enemies when your homework's due... 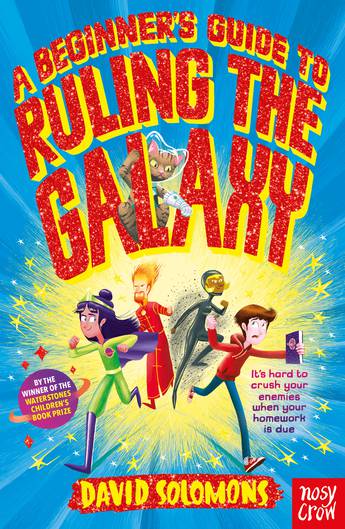 A brilliantly funny story of what happens when a galactic princess moves in next door and almost brings about the end of the world. Exciting new fiction from the bestselling, award-winning author of My Brother is a Superhero.

Gavin's got a new neighbour and she's really annoying. Niki follows him everywhere, bosses him about, and doesn't care that her parents will obliterate Earth with their galactic warships if she doesn't stop running away from them. Can Niki and Gavin sort out the alien despots (aka Mum and Dad) and save the planet? Possibly. Will they become friends along the way? Doubtful...

A hilarious new story from the author of My Brother Is a Superhero, winner of the Waterstones Children's Book Prize and the British Book Industry Awards Children's Book of the Year. Perfect for fans of David Baddiel and David Walliams.

Read the My Brother is a Superhero series:

My Brother Is a Superhero, My Gym Teacher is an Alien Overlord, My Evil Twin is a Supervillain, My Arch-Enemy is a Brain in a Jar, My Cousin is a Time-Traveller
More books by this author

David Solomons has been writing screenplays for many years. His first feature film was an adaptation of 'Five Children and It' (starring Kenneth Branagh and Eddie Izzard, with gala screenings at the Toronto and Tribeca Film Festivals). A Beginner's Guide to Ruling the Galaxy is his sixth novel for children. He was born in Glasgow and now lives in Dorset with his wife, the novelist Natasha Solomons, their son, Luke, and daughter Lara.