Home>Browse>Books>Academic & Professional>Sociology>Why do women write more letters than they post?

Why do women write more letters than they post? 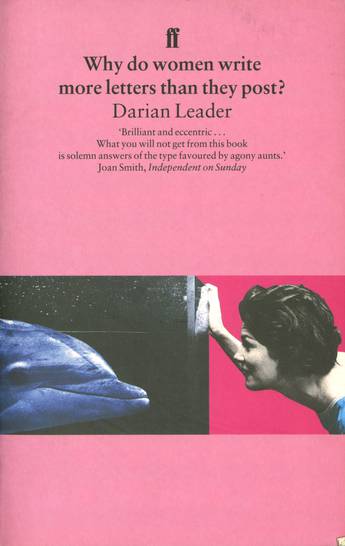 Download cover
Availability: Not available to order from this website, please try another retailer
Why do men tend to keep love letters in files along with their other correspondence, whereas women keep them with their clothes? And if a letter is written but not posted, at whom is it really directed? As psychoanalyst Darian Leader shows, such questions go to the heart of sexual desire, which is never addressed to our flesh and blood companion, but always to something beyond him or her. In an engaging, at times startling, enquiry into the fundamental loneliness of each sex, Leader asks why relationships frequently run aground on the trivial question, 'What are you thinking?' If a man chooses as his partner a woman unlike his mother, why does he try to make her behave towards him exactly as his mother did, when he was a boy? And why might a woman decide not to spend the night with a man, after one glimpse of his apartment?
More books by this author

Darian Leader is a psychoanalyst and a founder member of the Centre for Freudian Analysis and Research in London. He is Honorary Visiting Academic at the Centre for Psychoanalysis at Middlesex University.He has been involved in a BBC2 documentary on Francis Bacon, an ICA video on 'Psychoanalysis and the Image', has lectured at Tate Britain on 'Art and Masochism' and has written essays for various artists, including Marc Quinn and Henry Bond.He is the author of Why do women write more letters than they post? (1996), Promises lovers make when it gets late (1997) and Freud's Footnotes (2000). His most recent book, Stealing the Mona Lisa, was published in 2002.