The Men and the Boys 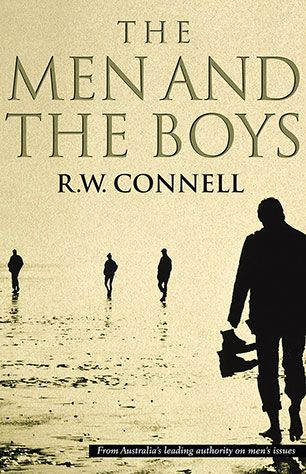 Australia's leading men's issues expert looks at experiences of masculinity at different ages, in different social groups and in the context of globalisation.

Men's issues are now a media staple. Men's health and education needs are on the public agenda. And, over the past two decades, international research on men and masculinity has blossomed. What have we learned in this time?

In The Men and the Boys, R.W. Connell argues that masculinity is not biologically determined, though it has a lot to do with men's bodies. Rather, cultural ideals of masculinity offer men interpretations of their bodies-interpretations which may be damaging and dangerous for them.

Masculinity takes different shapes in different cultures. And it can be changed. Through case studies, Connell shows how some men and boys feel obliged to live up to the dominant forms of masculinity, while others struggle to find alternative identities. She looks at how schools shape masculinities, and how men's health issues and attempts to combat violence are linked to men's gender conduct.

None of this is 'local' any more. Men, like women, are influenced by gender patterns on a world scale. From the media to the financial markets, globalisation impacts on the lives of men and boys, and this book includes pioneering work on globalisation and masculinities.

R.W. Connell is Professor of Education at the University of Sydney. She is internationally recognised as one of the world's leading researchers on men and masculinities. She is author fifteen books including Making the Difference, Gender and Power and Masculinities.
More books by this author

R.W. Connell is professor of education at the University of Sydney. She is internationally recognised as one of the world's leading researchers on men and masculinities. She is author of fifteen books, including Making the Difference, Gender and Power, and Masculinities.

2 New directions in theory and research

6 'I threw it like a girl': Some difficulties with male bodies

7 Man to man: Homosexual desire and practice among working-class men

11 The politics of change in masculinity