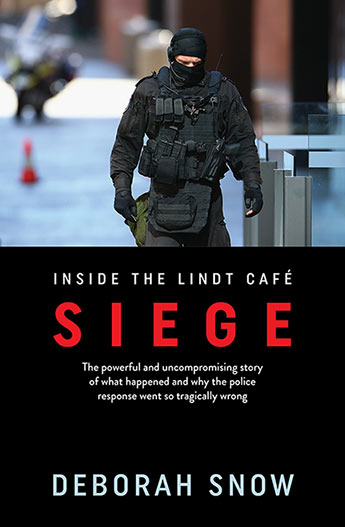 Hurtling towards its inevitable and tragic conclusion, Deborah Snow draws us into a vortex of police missteps, extraordinary bravery and profound grief to reveal what happened during that awful day.

'I'm sure you [will be] as shocked and bewildered by what you've learnt, as I was.' 'Afterword', Louisa Hope, Lindt Cafe hostage

On 15 December 2014, just ten days before Christmas, the unthinkable happened. A terrorist attack on Australian soil. For seventeen hours Islamic State-inspired gunman Man Haron Monis held his captives in a terrifying drama that paralysed Sydney and kept a nation glued to its television screens. Two hostages were killed and three seriously wounded. The others would have their lives changed for ever.

Despite the police leadership declaring it was well prepared for a terrorist attack, many shortcomings on the night revealed a response that fell seriously short of that promise. Deborah Snow lays bare what happened behind the scenes in the cafe as the hostages tried to keep themselves alive while waiting for a police response that didn't come. She also takes us into the police command posts as communications, equipment and decision-making structures broke down.

Hurtling towards its inevitable and tragic conclusion, Siege draws us into a vortex of police missteps, extraordinary bravery and profound grief to reveal what happened during that awful day. Shocking, compelling and revealing Siege will take its place as the classic account of these events.
More books by this author

Deborah Snow is an award-winning senior reporter for Fairfax Media. A journalist of four decades' standing she has previously worked in the Canberra Press Gallery, been as a reporter on Four Corners and the ABC's London and Moscow correspondent. This is her first book.