Sex, Money and the Future of Equality 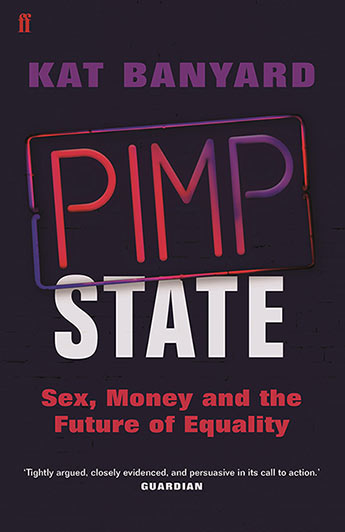 Pimps, pornographers, politicians: leading feminist Kat Banyard confronts them all in this passionate and provocative expose of the myths surrounding the global sex industry.

Kat Banyard contends that these are profoundly dangerous myths. Sexual consent is not a commodity, objectification and abuse are inherent to prostitution, and the sex trade poses a grave threat to the struggle for women's equality. Skilfully weaving together first-hand investigation, interviews and the latest research, Pimp State powerfully argues that sex trade myth-makers will find themselves on the wrong side of history.
More books by this author

Kat Banyard is the author of The Equality Illusion and founder of campaign group UK Feminista. In 2014 The Equality Illusion was used as a key text in the development of the play Blurred Lines, written by Nick Payne and directed by Carrie Cracknell, premiering at the National Theatre. In 2010 Kat was named in the Guardian as the most influential young feminist in the country and in 2011 she was selected as one of the Observer's 50 contemporary innovators, described as Game-changers whose vision is transforming the world around us.