Line of Duty - The Real Story of British Police Corruption 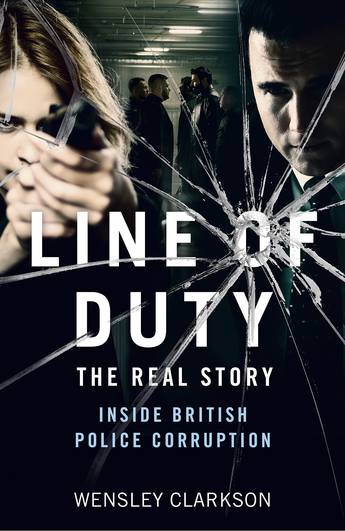 True stories of police corruption, bent coppers and the secret units who hunt them.

A fascinating insight into the true history of British police corruption, for fans of the hit BBC 1 drama.

For more than a century, police officers used their uniforms to control and bully criminals, which in turn led to wholesale bribery and corruption. From Victorian times up to the 1950s, this crooked atmosphere tainted the UK police image of the 'friendly Bobby'. Then came the 1960s and 1970s when the Great Train Robbery and other big time heists changed the rules of the 'game' forever. It was like the Wild West out there. No one knew who were the good guys and who were the bad guys anymore.

By the early 1980s, corruption was endemic amongst London's vast force of detectives. It was only now that Police commissioners across the nation finally started to tackle endemic, across the board corruption.The hit BBC show has brought these stories back to the fore and in The Line of Duty - The Real Story we go behind the contemporary headlines to explore the real inspiration behind the hit show, looking back at the history of corruption in the police, and the anti-corruption units that were set up to sniff out the bent coppers among the good.

Referencing real-life historic and notable cases and people, from a range of sources and first-person interviews, The Line of Duty - The Real Story tells the truth behind the fiction, and its hard-hitting impact on real life modern policing.
More books by this author

Wensley Clarkson has investigated numerous crimes across the world for the past thirty years and exposed many crooked police officers. His research has included prison visits, surveillance operations, police raids and even post mortems. Clarkson's books - published in more than thirty countries - have sold more than twomillion copies. He has made numerous documentaries in the UK, US, Australia and Spain and written TV and movie screenplays. His most recent major TV project is Florida-based drama series Boca Grande which he created, developed and wrote with BAFTA award-winning Peaky Blinders director David Carey. Clarkson's recent book Sexy Beasts - about the Hatton Garden raid - was nominated for a Crime Writers'Association Dagger award.