How the High Court shapes politics 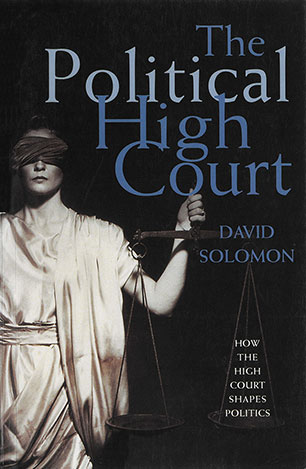 A searching examination of a political institution which has largely escaped scrutiny.

Which miniscule non-elected group can force governments to change their policies? Which group can today be a barrier to reform, and then tomorrow set in train changes which alter the way politics is conducted? Which aspects of public life are exempt from the deliberations of the High Court?

Since the Mabo case in 1992, the High Court has been subject to intense criticism, even vilification, from politicians, lawyers and the representatives of various interests. The Court has been damned as 'activist', accused of 'inventing' new rights, and denounced for forcing the pace and direction of social change.

Such criticism is not new. In The Political High Court, David Solomon surveys the many areas in which the decisions of the High Court have had a direct impact on the community. He also examines the continuing argument about how responsible the Court should be to political pressure and public opinion.
More books by this author

Among David Solomon's many publications are this book's predecessor, The Political Impact of the High Court, the ground-breaking The Making of an Australian Prime Minister (with Laurie Oakes), Australia's Government and Parliament and Coming of Age: Charter for a New Australia. He is contributing editor at the Courier Mail and editor of The Legal Reporter.

1 'A structural creation... in a very particular sense, political'

4 Destruction of the States

12 What the people say

14 Politics and the Court

Justices of the High Court