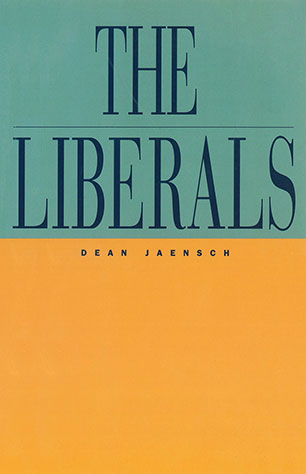 The Liberals unpacks the current crisis within the Australian Liberal Party and leaves no doubt about the challenge of rebuilding the party.

The Australian Liberal Party is in deep crisis. Losing the 'unloseable' election in 1993 gave it an unenviable record of five successive losses, nearly reversing the record of successes set by Robert Menzies. As a result, the party now faces a policy vacuum; its leader is being stalked by those in the party who think they can do better; membership levels have collapsed, while those who remain are bitter and angry; the internal relations of the party are strained almost to the point of civil war; and ideological divisions are endemic.

The Liberals analyses this crisis and shows how the current parlous state of the party is a product of its history. The formation of the party in 1909 and its reformation by Menzies in 1944 contained elements of fission that were triggered by election defeats. The 1993 defeat unleashed an explosion. The Liberals unpacks the current crisis and leaves no doubt about the challenge of rebuilding the party.
More books by this author

A close observer of the Liberarl Party, DEAN JAENSCH has been watching and commenting on Australian politics for over 20 years. As Reader in Politics at Flinders University and author, co-author and editor of more than 20 books and monographs on Australians politics, he is well suited to present this important and timely critical review of what was one the dominant party in Australian politics.

3 The Menzies era and after

8 The Liberal Party and the electorate