What I've learned from cricket and life 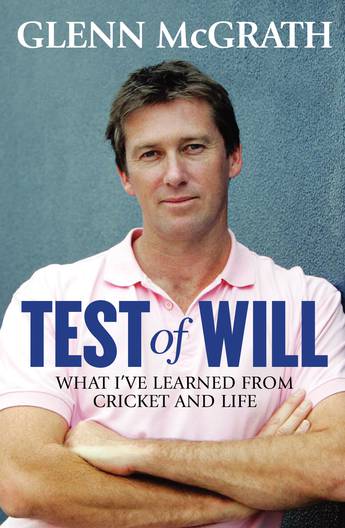 Glenn McGrath reflects on the events and people that have shaped him, both on and off the pitch, in this honest, insightful and fascinating book.

Glenn McGrath is an Australian cricket great - a fast bowler both feared and admired by top-level cricketers around the world. Off the field, his life was touched by tragedy with the death of his first wife, Jane, from breast cancer, yet has also been marked by a determination to celebrate her life and make sure her legacy helps thousands of others through the McGrath Foundation - now one of Australia's biggest and most effective breast cancer charities.

In Test of Will Glenn gives us an insight into the things that have shaped him both in and out of cricket. He writes about his classic cricketing duels, bowling against master batsmen like Tendulkar and Lara. He shares his great moments, and describes the influence of such legends of the game as Steve Waugh and Shane Warne, and what he learned from them. And away from cricket he writes candidly about finding love with Sara after the tragedy of losing Jane. He relates his experiences starting the McGrath Foundation and the enormous impact it's had on many peoples' lives. He writes about the annual Pink Test in Sydney, how it came about and what it means to him. And he expresses his thoughts on fatherhood, and the joy and responsibilities of raising his three children.

This is Glenn reflecting on the lessons learned from his career and his life in a way that's open, honest and utterly fascinating.
More books by this author

In 2008 Glenn was named as a member of the Order of Australia for service to cricket as a player and later that year he was the recipient of the NSW Australian of the Year Award in recognition of his dedication to the McGrath Foundation and his contribution to cricket.