The 16 World Leaders Who Changed Economics 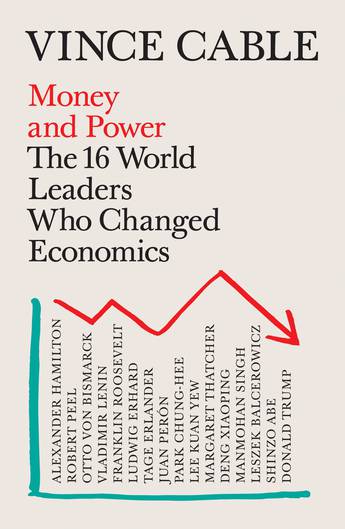 A captivating economic history of government all over the world.

Through economics, our politicians have the power to transform people's lives for better or worse. Think Deng Xiaoping who lifted millions out of poverty by opening up China; Franklin D Roosevelt whose 'New Deal' helped the USA break free of the Great Depression. Or Peron and his successors in Argentina who brought the country to the brink of ruin.

In this magisterial history, economist and politician Vince Cable examines the legacy of 16 world leaders who transformed their countries' economic fortunes and who also challenged economic convention. From Thatcher to Trump, from Lenin to Bismarck, Money and Power provides a whole new perspective on the science of government. Examining the fascinating interplay of economics and politics, this is a compelling journey through some of the most significant people and events of the last 300 years.
More books by this author

Sir Vince Cable is the former UK Secretary of State for Business, Innovation and Skills and former President of the UK Board of Trade. He is Honorary Professor of Economics at Nottingham University and former Chief Economist at Shell. He is the bestselling author of The Storm: The World Economic Crisis and What It Means. It was a Sunday Times bestseller with over 100,000 copies sold.