How the World Conceals its Secrets 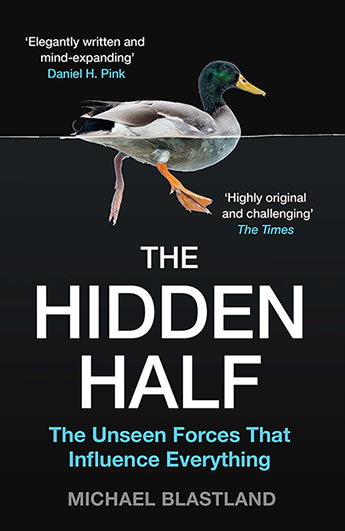 Why does one smoker die of lung cancer but another live to 100? The answer is 'The Hidden Half' - those random, unknowable variables that mess up our attempts to comprehend the world.

We humans are very clever creatures - but we're idiots about how clever we really are. In this entertaining and ingenious book, Blastland reveals how in our quest to make the world more understandable, we lose sight of how unexplainable it often is. The result - from GDP figures to medicine - is that experts know a lot less than they think.

Filled with compelling stories from economics, genetics, business, and science, The Hidden Half is a warning that an explanation which works in one arena may not work in another. Entertaining and provocative, it will change how you view the world.
More books by this author

Michael Blastland is a writer and broadcaster. He was the originator and first producer of BBC Radio 4's More or Less, Britain's most authoritative guide to numbers and evidence in public argument. He is the bestselling author of The Tiger That Isn't: Seeing Through a World of Numbers, a book about numbers and how to interpret them, which he co-authored with Andrew Dilnot. He also wrote The Norm Chronicles, co-authored with Professor David Spiegelhalter.