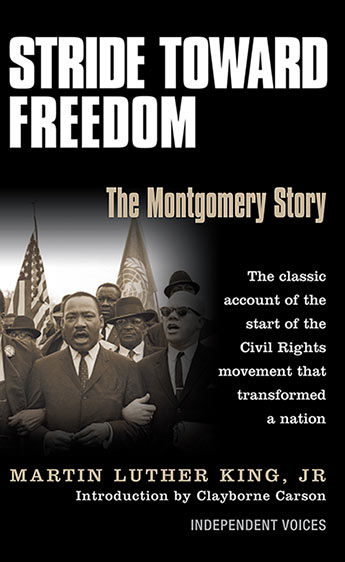 Download cover
Availability: Not available to order from this website, please try another retailer
Martin Luther King, Jr described Stride Toward Freedom as 'the chronicle of 50,000 Negroes who took to heart the principles of non-violence, who learned to fight for their rights with the weapon of love, and who, in the process, acquired a new estimate of their own human worth'.

On December 1st, 1955, Rosa Parks was arrested for refusing to give up her seat to a white passenger on a bus in Montgomery, Alabama. Rallied by the young preacher and activist Martin Luther King, Jr, the black community of Montgomery organised a historic boycott of the bus service, rising up together to protest racial segregation. This was the first large-scale, non-violent resistance of its kind in America and marked the beginning of a national Civil Rights movement based on Martin Luther King, Jr's principles.

Stride Toward Freedom is the account of that pivotal turning point in American history, told through Martin Luther King, Jr's own experiences and stories, chronicling his community's refusal to accept the injustices of racial discrimination.

From US President Barack Obama's tribute to Martin Luther King, Jr:
'From the mountain top, he pointed the way for us - a land no longer torn asunder with racial hatred and ethnic strife, a land that measured itself by how it treats the least of these ... a land in which all of God's children might come together in a spirit of brotherhood'.
More books by this author

At the time Martin Luther King, Jr was only 26 years old and the pastor of a Baptist church in Montgomery. Within a year, he was a national figure and a leader of the Civil Rights movement. One of the greatest orators in American history, remembered for his 'I Have A Dream' speech, Martin Luther King, Jr. was awarded the Nobel Peace Prize in 1964. He was assassinated on April 4th 1968.