Act You've Known For All These Years 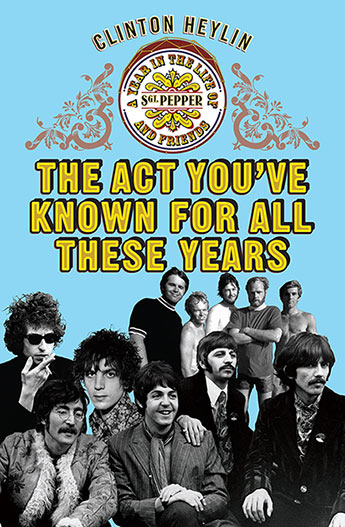 The story of the life and times of one of the most iconic albums ever made, Sgt. Pepper's Lonely Hearts Club Band.

This is the story of the life and times of one of the most iconic albums ever made, Sgt. Pepper's Lonely Hearts Club Band.

The Act You've Known For All These Years explores the huge impact the album had on The Beatles and their contemporaries - Bob Dylan, The Beach Boys, Pink Floyd and The Rolling Stones. Clinton Heylin reveals the inspirations and explodes the myths behind the album - and the 'summer of love' itself. The book reappraises Sgt. Pepper's status as one of the classic albums of all time. Featuring interviews with those who were there at the time and those who followed in The Beatles' wake, this is the definitive book on one of the defining LPs of the Rock era.

Clinton Heylin is the author of the definitive Bob Dylan biography Bob Dylan: Behind the Shades, among many other works, including Can You Feel the Silence? Van Morrison: A New Biography; Despite the System: Orson Welles versus the Hollywood Studios; and Babylon's Burning: From Punk to Grunge. He lives in Somerset.